Having suffered from depression and fibromyalgia for years I would be interested to know others views.

Although I was diagnosed with fibro in 1995 I had a mental breakdown in 1999 after the death of 2 family members and a friend in the space of 6 weeks. My fibro started to get worse after this, so the stress and mood contributed to the pain and lack of sleep. Although I am in a better "mood" mentally, thanks to a brilliant councillor who completed changed my way of thinking.I now am able to feel better about myself and try to stop worrying what others say or think. I know both illnesses are real and we can't "pull our selves together" or "stop feeling sorry for ourselves"

Wow, that was a lot of trama for anyone to deal with. So sorry for your losses.
I think our ways of thinking and stress levels affect us quite a bit. I have been doing extnsive research through the internet and have learned a lot from what people are dealing with on this website…
It is helping me tremedously, finding out I am not alone in this. I have basically quit talking so much to my personal friends and family and have expressed myself and conversed with people on here. It is such a supportive team.
I do not have a facebook because, to be honest,I don’t need to know about what everyone else is doing and I’m not.
I am really trying to take it one day at a time, and realize that my best is good enough because I can’t do anymore. I am only 34 and have been suffering about 5 Years. I’m not exactly sure when it started but I know it has been really bad for at least 5 years.
I have been very blessed to find a good doc and one heck of a support team here. I’m glad there’s not a limit on posts because I would be way over lol. I just have a lot to get outand this has been amazing therapy for me.
Good luck, gentle hugs.

I think Fibro and depression go together. I lost a son in 2003, and nearly lost my mind. This has not helped the fibro situation. I also know that if I am in a flare that if it gets really bad I will end up with a bout of depression. I take lexapro and have for several years. It not only helps with my depression and pain. So yes they go together. Sweet Hugs, Sue

Thank you for the comments

Have a peaceful day xx 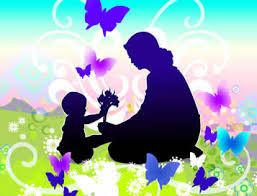 Thank you for the comments. My daughter died 20 minutes after birth and it is something you never get over. It completely moulds your'e life. 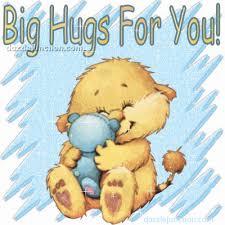 How awful for you, the loss of your daughter like that, no you would never get over that, just learn to cope as best you can I suppose.

I had a severe mental breakdown 3 years ago, I too was Nursing at the time, my son, was a "Green beret" lad, a British Royal Marine Commando, he was on exercise in the UK, living rough for a week on a bleak place called Dartmoor, no civilisation for miles. He sustained a simple cut to his knee! but with the sheep and ponies roaming wild the earth is full of bacteria, within 2 days his knee was the size of his head and he had massive cellulitis and septicaemia raging through his body at an alarming rate.

He was in ITU for days, massive antibiotics I/V, his leg blew up twice it's size with cellulitis, the surgeon said he may have to amputate if he doesn't respond! We drove the 7 hour journey to be with him, luckily he responded and his leg was saved but he has a huge wide scar on the outer side of his knee where they opened his knee up and drained an enormous abscess.

My nerves were bad anyway due him being a Marine but I hid it from him as it was his chosen career, but this incident shook me to the core and I caved in! I couldn't bear anyone else looking after him so as soon as he was fit to travel we brought him home, I left my job and nursed him at home, dressed his wounds, fed him well, and loved him back to health.

But it finished me off!! We spent many a day talking, he had no idea how ill I was becoming, but we got through it together, we are SOOOO close now and proud of each other.

He left The Marines on a medical discharge and went back to being a Gym/personal trainer which he loves, I couldn't face nursing anymore after 27 years, the severe emotional trauma resulted in Fibro.

So here I am now, a housewife, tired and in pain!! I'm convinced that episode of my life brought it on, my pain consultant said it's most likely too. My son has the physical scars, I have the mental ones, we are in it together and constantly there for each other.

Sorry for blabbing on! But sometimes I just need to talk about it....sorry!!!

A lot of us here have been through so much, we are the strong ones!!

There are sure a lot of loving people here, aren't there? Just love you all.

I am just coming through a mental breakdown. I left my job in 2007, was dx'd with fibro in 2008, cared for my elderly parents in their home, lost my wonderful Dad in 2009, then lost my Mom 16 months later, my daughter and family of 6 moved into our home, she was using drugs and robbed us. I had to go through the legal system with that. She is doing ok now. My brother and I have had a falling out. There is more, I won't go on. Just in a few short years.

It just seems that as these life events happen we get knocked down and beaten down a bit more each time. We pray for a season of nothingness so we can heal from the last. And then we get that and get depressed because we feel worthless and stuck at home with no purpose. Depression is awful. I have really been struggling this summer, but am back on meds and doing better now. Each episode causing more pain and fibro symptoms.

I do believe the two are connected. Cookie, I wish you the best. Sounds like you have a great therapist. Keep up the good work.

Thank you so much for sharing that story

I nursed several family members over the years because I was the strong one, but when I became depressed they all backed away because I turned into this completely different person

You must be so proud.My youngest son is a severe asthmatic, he spent the first 5 years of his life in hospital and put on a huge amount of weight over the years. He left his dead end job and made some new friends, one being a nutritionist. She helped him on a healthy eating and exercise plan.He went to university as a mature student and grduated this year with honours 112 ponds lighter.

Please don't apologise for blabbling on as you call, it certainly makes me feel better, I am here anytime you want to.

Thanks for sharing that

My councillor after many meetings decided that my depression stemmed from the loss of my daughter because I never got the chance to grieve for her and was told to get on with it. It is only now that I can find peace when I visit her grave.

Our Son's are amazing people.

I look at my son's scar when he's in shorts and I could still cry, but I don't.

He's quite proud of it, says it's his constant proof that, for a brief while, he did his bit for his country as a Marine, other times he jokes and says it's a shark bite!!! Oh I do love him so!!!

Off to bed now, sweet dreams,

Good night and God bless you.

Sue, I lost a son in 2003 too. Wasn,t dx till last year, but wonder if my loss brought on the fibro?

Wow, I'm so sorry for all of your losses. The pain of grief is surely enough to bring on depression and fibro! And you are all extremely strong and brave women. I know that I would go crazy and die of a broken heart if I lost my son. Bless you all so much for coping, even after mental breakdowns. I cannot begin to imagine how you all must have felt and yet you all had the inner strength to keep on keeping on.

ICookie, I'm very glad to hear that your counselor was able to help you learn new and positive messages about yourself. I agree with you, fibro and the depression are real. In fact, I felt soooo good when I started on my anti-depressant because I finally found the "real" me, the one who is patient and kind and has self-esteem. BUT the fibro caught up and caused my depression to resurface, and I'm no sure if I can take another anti-depressant because I'm not sure if it'll gel with my fibro meds. I'll have to ask my GP. So, KUDOS to you for finding these things through your counselor and may you benefit greatly with them.

I take 2 anti-depressants with no problem with my other meds, my psychiatrist sorted them for me nearly 3 years ago, I take Venlafaxine 150mg in the morning and Mirtazapine 15mg at night as this one helps with night anxiety and has some sedatory properties too.

Hope this helps, as you say, discuss it with your GP, you might get s/effects if you take 2 different ones each morning but you might be ok, like me with one night and morning.

Oh thank you so much. A lot of these symptoms I have and didn't know they were fibro related.

I can't get over the overwhelming kindness on this site, so many people in pain coming together